You are here: HomenextPlacesnextMalvern House

The La Touche family built Malvern House. They were responsible for many other houses around Delgany including Christ Church. They built the house in about 1750 and the whole estate would have cost about £30,000. They lived in Malvern House for 42 years. Most of the
features in the house today are original, such as the roof and windows.
Today the roof of the porch is tiled with slate but in earlier times it was thatched. The garage at the side of the house was originally a ballroom. The houses to the left of Malvern, is now called Westgate and Honeybrook, was originally part of Malvern.
The front of the house is covered in Wisteria and the plant is about 100 years old!
Malvern was once used as a la Touche dower house. A ‘dower house’ is a house where a widow lives, usually on her husband’s estate. It was used as a ‘medical centre’ too. Invalids could stay and receive treatment for various ailments. In the middle of the 19th century, Malvern was a well- known Hydropathic establishment of Dr. W Alfred Johnson. The large well on the grounds was covered over because it is so deep. So the next time you go and get your car fixed, take a moment to look a piece of Delgany history.
Research by Emma Brassington, Hannah Wilson, Ciara Kelly from Delgany National School 2002 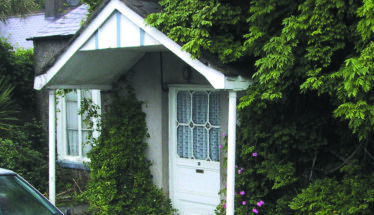 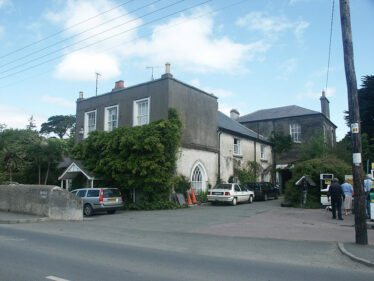 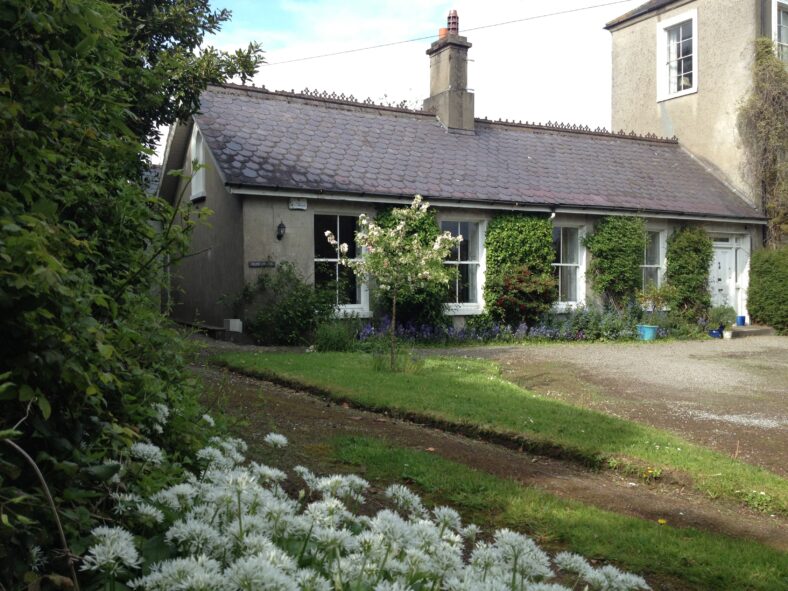 The front of Honeybrook dates from the 1750s and is one of the oldest dwellings in Delgany..
It was built as the Dower house for the Last Touché Family as part of Bellevue Estate.

zoom
These group of buildings are set in a Architectural Conservation Area.